The following interview is with John LaBrie, dean of the College of Professional Studies and vice-president of Professional Education at Northeastern University. Higher education is evolving, and continuing education (CE) is changing right alongside it. This means CE leaders are constantly on the lookout for new opportunities and are taking on new responsibilities to adapt to their changing roles and institutional expectations. In this interview, LaBrie sheds light on one of these new roles for CE leaders: philanthropy.

The EvoLLLution (Evo): Why have philanthropic endeavors typically been seen as outside the role of CE units?

John LaBrie (JL): Many CE units at universities and colleges were established as an add-on to fill up space and deliver their curriculum to an extra audience above and beyond their traditional core audience of students. In many respects, the traditional CE unit was justified as a way of using excess resources that the university had; either the space or the educational capacity. It always had the perception to many people within the academy that it was a ‘cash cow’ or that it had a revenue generation motive.

Many CE units never got involved with philanthropy since they didn’t conceptually see themselves as an agent that would be seeking additional funds for their core mission. They’ve always interpreted their core mission to be funded by the marketplace they operated in. … The business model for the CE unit always had, as the underlying assumption, the need to bring in additional revenues [that] would then be handed off to the core institution. Philanthropy was just never on their radar because that’s not what their focus was.

Over the years, what’s happened is many CE units have never developed any kind of infrastructure or any kind of notion of philanthropy within their student population even though, in many cases, their student population certainly justified the size to merit a philanthropic endeavor such as an alumni fund or an annual fund which could have been operated out of the CE units.

Evo: What has caused philanthropy to become more central to CE’s mission in recent years?

JL: Philanthropy is becoming more important for CE units primarily because the landscape of higher education is changing. Higher education obviously needs a revenue source to operate. Increasingly at public institutions, the state governments have been hesitant to increase funding to universities to continue their mission across the board. Fundraising for the public sector has become a major endeavor to increase revenue streams for the university, broadly.

At private institutions, fundraising has always been a very active element in their resourcing and business models.

As funding and competition increases in higher education, CE units are increasingly being asked to become part of a philanthropic drive within the larger university since universities are looking to expend their alumni base and their donor base.

Evo: Do CE leaders have any particular ‘competitive advantages’ when it comes to philanthropic outreach?

JL: In many respects, because we’ve built our programs around various student populations and viable markets, we’ve not historically looked at our student base as a particular place to think about philanthropy. But increasingly, what has become the case in many CE units that have chosen to engage with fundraising and advancement activities is the notion that many of their programs and the outreach they do to student populations go hand-in-glove with a philanthropic outreach mission.

For example, many of the students who are participating in CE units that offer a degree completion program, for example, will have students engaged in those programs who have had a life story many donors find to be very attractive. … Donors increasingly want to see results, and CE units have come to the realization that many of their student populations that they’ve served as part of their core mission are also the very same student populations [philanthropists] foundations are very interested in.

CE units across North America really have seen their student populations over the last decade as a real competitive advantage in the fundraising makeup. … If we can position our student population to match the mission of the foundation, in many respects, we adapt very well to the philanthropic community’s interest. So CE has become a major player in many capital campaigns at universities across the country.

Evo: Why is pursuing philanthropic contributions beneficial for CE units?

JL: We have come into our own as a profession within the structure of many of our universities and increasingly there is the expectation of academic units seeking a philanthropic component within their school’s architecture to the same degree that we would see within traditional colleges and schools within the academy. Historically, we’ve always seen schools of arts and science have a philanthropic agenda within a research university and increasingly CE units or schools such as mine, Northeastern, are also seen as needing a philanthropic agenda to continue our funding and to continue the scholarship pool for our students.

In many respects, I see what some may interpret as a pressure to go out and do fundraising, I interpret [it] as a realistic and a very positive sign that CE units are coming into their own within the family of a research university and being held accountable at the same standards of our sister colleges and units within those structures.

Evo: Is there anything you’d like to add about CE leaders stepping into the role of pursuing philanthropic contributions and how this role will continue to evolve over time?

JL: I find it remarkably empowering to be able to sit down with donors and tell our story. In many respects, philanthropy and advancement are often negatively viewed by some individuals who have not been engaged with that activity within a university. But in reality, once you sit across the table from a donor and are able to articulate your vision for a program and to receive scholarship money that then empowers students to actually be able to pursue their college education, that’s a very empowering aspect on a personal level and it has become, for me personally, one of the most enriching elements of my work within a university. …

I would encourage those schools that have not developed a strategy for fundraising to really start thinking about how they would position themselves within that space within their own university context. 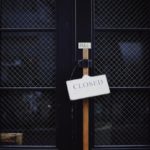 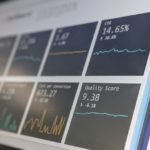 More than Just Degree Completion: The Hard-to-Measure Impact of Community Colleges on the Local Economy 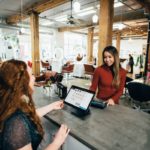 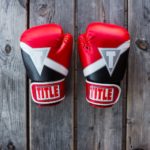 To be honest, this seems completely outside the box of what I should be concerning myself with day to day. Don’t get me wrong, being able to sell our department as a beacon for what we should be doing outside of these walls sounds great.

That said… First off, I’m supposed to run a business that makes all its own funds when other departments across the university are fully funded by the institution (and whose shortfalls are often made up by the money my team brings in).

Now I’m expected to contribute to these losing departments by bringing in donations, too?

Universities are leaning too much on us being good at what we do, and not focused nearly enough on figuring out how to replicate our success elsewhere.

I agree with LaBrie that CE has all the elements that make it an attractive pitch to philanthropists — the human stories, an obvious connection to the local workforce/community and measurable outcomes. Institutions should capitalize on this opportunity for their fundraising efforts.

I think one challenge CE will have to overcome is its reputation as a revenue-generating unit. There’s a perception that most CE students are working and therefore able to pay for their own studies. Institutions have to do a better job of demonstrating the needs many adult students have.

The philanthropic approach is a great step towards making more scholarships available to these students. Colleges need to step up and match the work being done by their alumni

I wholeheartedly agree with dean. CE units have transformed into business units, and if you lead one, aren’t capable of growth and improved profit margin, then you aren’t ready for what your institution needs.

So why would you add another responsibility to the plate of a leader that is already challenged to meet enrollment goals?

Developing a philanthropic CE culture is a very important and worthy initiative – especially as enrollment and alumni ratios at many institutions have grown significantly over the past 15 years. but given that each institution already has a professional team of fundraisers on campus, that seems to me, at least, the most appropriate place to give ultimate responsibility.