Freeman Hrabowski III | President, University of Maryland, Baltimore County
The following interview is with Freeman Hrabowski III, president of the University of Maryland, Baltimore County (UMBC). Throughout his career, Hrabowski has been a leader in creating postsecondary opportunities for underserved student populations and supporting their success through higher education. For example, Hrabowski pioneered UMBC’s highly successful Meyerhoff Scholars Program, aimed at increasing diversity among future leaders in STEM fields, which now counts 900 alumni and 290 students. In this interview, he shares his thoughts on what it takes to increase accessibility for first-generation college students and expands on what higher education institutions need to do to ensure these students succeed academically.

The EvoLLLution (Evo): What are the biggest roadblocks first-generation students face when it comes to accessing higher education?

Freeman Hrabowski III (FH): A number of students are not in homes in which someone knows what it takes to be successfully admitted to and enrolled in a university. You’d be surprised how many people will wait until the summer to talk about doing what’s necessary to go to college when there is an application process, a deadline, which may be April or May and then the issue of financial aid. What happens to a number of students who are first generation [is] they end up saying at the last minute that they definitely want to go to college and they plan to go, but they simply have not understood the timing involved in that decision making.

Evo: Once they’re enrolled, what are the most significant challenges they face in persisting through their education?

FH: It’s important for people to remember that large numbers of people who are first-generation college students may not [be] prepared academically for the college experience. Large numbers of first-generation college students end up taking a placement exam in math or reading and have to take remedial courses. Unfortunately the majority of students who take remedial math, for example, are not successful that first time. The real challenge — and this is for students of all races — is that large numbers of students who are first generation have serious academic challenges and are not able to get beyond the remedial courses.

For those that do get beyond those courses and are in the regular courses, the second major challenge is they need the opportunity to become affiliated with some group with whom they can connect in such a way that they have a support system. The real challenge is, in many cases, people simply don’t understand how challenging it can be to a person from a family in which no one has gone to college before to know what to do when problems occur.

Evo: Why is it critical for universities to make an effort to expand access to, and success among, this population?

FH: A large percentage of America clearly would be considered lower-income and working-class people, people who are first-generation college students. In fact, only about one third of Americans over 25 have college degrees. We’re saying the majority of Americans are without college degrees at a time when we need more people with two- and four-year degrees than ever before, and at a time when it’s almost impossible to take care of one’s family and to take care of one’s self without having a good job.

If we’re going to talk about a society that’s healthy and has increasing numbers of people who are able to live the American dream — have good jobs, a house and a car and take care of their family and educate their children — we have to make sure we’re able to pull people out of poverty and pull them into colleges and universities so they can get their education.

Evo: What kinds of changes can higher education institutions make to better serve their first-generation students?

FH: It’s important for us as colleges and universities to look in the mirror. We often find ourselves simply blaming others or talking about the weaknesses of people. We need to understand that people who come from first-generation college families or from low-income families bring a number of strengths.

Looking in the mirror ourselves, we can determine ways in which we can be far more sensitive to what people face when they get to our campuses. When we’ve been on a campus for years, we just assume it’s a comfortable place, but it takes a certain level of sophistication to accept the fact that newcomers can be uncomfortable or intimidated by the new environment.

Part of innovation means looking in the mirror and understanding that the world of tomorrow does not have to be the same as the world of today. That’s what we have to do with our universities. We have to decide ways in which we can be far more critical of ourselves with an eye toward becoming more opening and welcoming to people who come from backgrounds different to some of us.

Evo: What are the biggest roadblocks standing in the way of this change?

FH: Sometimes when things are going well, the first thought we have is, “Why should we change?” It takes thinking that goes beyond what’s comfortable today to understand that we need to bring in people who have not had the advantages of some of us if we’re to ensure a brighter future for all of us. That takes more careful and deliberate long-term thinking about ways in which we need to change to make sure we’re not simply being welcoming and open, but that we’re willing to use our brain power to figure out how to reach out to K-12 and help to strengthen the academic programs in those schools and to inspire children and families to know what’s possible if they get a college education.

Evo: Is there anything you’d like to add about the importance of creating more accessibility for underserved populations, specifically first-generation low-income students, and what it’s going to take for higher ed institutions to actually achieve that goal?

FH: It’s important for all of us to look at best practices around the country. Some places are doing a better job than others and the places that are most effective are those that are honest with themselves about [self] evaluation. None of us can say we’re doing all we can do. We have the opportunity to use our relationships with surrounding communities and cities and urban areas to learn more about not only the academic achievement gap but about health disparities and about ways in which we can work to close those gaps. [Education will be at the center of these issues.] It will take those of us in these privileged environments, and our colleges and universities thinking thoughtfully and deliberately about these matters, to make a difference. 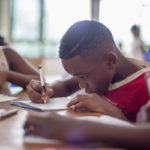 From Pre-K to Postsecondary: Creating a Lifelong Education Continuum

Aaliyah Samuel | Director of the Education Division in the Center for Best Practices, National Governors Association 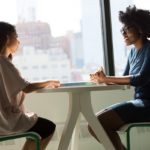 I agree that institutions need to target first-generation students early on in their education. Institutions should look at K-12 as an opportunity to introduce students to the idea of postsecondary, as well as some of the mechanics of higher ed. That should address at least the basic challenges of enrollment deadlines, application requirements, etc. Summer bridging programs are a popular tool because they bring students onto the physical campus and give them opportunities to interact with university staff and faculty. A key barrier for first-generation students is the lack of educational role models, which a bridging program could address.

This piece doesn’t really provide any practical suggestions for how to change policies and processes to better support first-generation students. Telling institutions to “look in the mirror” isn’t helpful, as most who do can acknowledge there are gaps but don’t know how to fix them.

I think Hrabowski’s main point is that there needs to be a cultural change in thinking about first-generation students. That must precede any “practical” steps to improve their experiences on campus. The thing is, most institutions aren’t even ready to acknowledge that the issue lies with them, preferring instead to put the onus on the students to overcome challenges and succeed. That type of mindset leads to policies like funneling first-generation students into non-credit remedial courses. A change in mindset, the result of “looking in the mirror,” might cause an institution to change its remedial programming, for example, starting to offer credit for remedial courses.