Meeting the Institutional Growth Imperative During a Downturn

The following interview is with Dave King, associate provost of outreach and engagement at Oregon State University. During recessions, most businesses change gears and focus on maintaining a status quo through the downturn. Some businesses, however, look to continue growing through these periods. In this interview, King shares his thoughts on ramping up in the postsecondary space, and discusses how it can be possible for an institution to maintaining a focus on institutional growth during periods of declining demand.

1. What are the most significant challenges of competing in the postsecondary space during times of declining demand?

2. Is the expectation for institutional growth during downturns realistic?

The market is much larger than many of us think. If you take a look at the numbers from the Lumina Foundation, there are 39 million people within the United States with some college and no bachelor’s degree. Many of those are well into their professional lives and, just in Oregon, there are 940,000 people with some college and no bachelor’s degree. Providing access to those folks is an extremely large market. Just because the demand has softened a little bit, doesn’t mean we shouldn’t reach out to have a very customized and nimble product for that group of people.

3. What are a few strategies institutions can put in place to continue growing enrollments during periods of declining demand?

One of the things we’ve done (and we had been watching market demand for a while) is try to identify those areas where many people or most people have desires. Lots of people need to be doing better at their job tomorrow. Moving them toward actually working toward a degree is an evolutionary process.

One of the things we’ve done is create a post-baccalaureate degree in computer science. Computer science was an area people told us they were really looking for additional educational opportunities. Secondarily, if you already had a bachelor’s degree or were approaching a bachelor’s degree, you could spend one more year with us online and you would have a dual degree. The cost of that, although it’s a fairly premium expense, is less than getting a master’s degree, either face to face or online because you only spend a year doing it. Those folks coming out of that program are finding that their starting jobs are at the same level that the master’s students are starting.

We’re disrupting the marketplace a little bit by moving in and finding a niche where people actually get what they need in a more direct fashion.

What’s important to realize is that there’s a full spectrum of access where [a prospective student’s level of] demand would find a place to land. We could have cooperative extension programming, we can have learning modules, we can have full continuing ed professional programs, we can have credit courses, etc.

The important thing is to have a full spectrum of these access points to meet the demand that’s out there. What we’re finding is that in the non-credit area and in the continuing ed area, we can be a little bit more nimble, a little more reactive; we can actually start some things that people can try and test at a lower price point. That means we have to try to figure out how to connect the credit side from extended campus and the professional and continuing ed group and that kind of thing. There’s a certain amount of culture that has to be bridged in those areas. If we can be nimble in some kind of the spectrum and really try new things, that gives us a leg up in how we meet the demand.

5. Is there anything you’d like to add about the growth imperative during periods of declining demand and how institutions can reinvent themselves to make sure they can still compete and grow when traditional marketplaces are starting to fail?

The real issue is, how do we evolve from what has been 300 years of supply-side approach where we said, “We’re the experts, we know what you need” to the demand side, to understanding what the demand is and being able to provide something along that spectrum of access that allows people to find what they want when they want it?

When the Internet surfaced as the next big thing in the ’90s, there were a whole lot of people out there that had no idea, technologically, how it worked, but they began to realize that what this embodies: it’s that “I get what I want when I want it.”

In education, if we can’t figure that out, then we’re at peril.

Reflections on 30 Years as a University President (Part Two): Getting Embedded in the Community 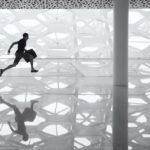 Understanding student demand and enrollment on a “spectrum of access” is useful. Too often, we look at only one pathway and, thus, fail to see the ways we could serve students who aren’t necessarily looking for (or able to earn) a degree. By placing them at various points along the spectrum, we can identify alternative pathways and credentials they could pursue.

I want to broaden the idea of the “spectrum of access” as something not only institutions, but even regions, can use in their program planning. The issue with limiting the spectrum to an institution is that it might identify learning solutions the institution is not able, or has no incentive, to provide. In those cases, there should be a referral process in place to ensure the students in need of those solutions can access them. Thus, it’s more helpful to think of the spectrum within a community, so that different institutions serve students on different points along the spectrum, and there’s greater collaboration among the group of them.