The following interview is with Kevin Currie, executive director of Northeastern University Online. The higher education industry is in a period of hyper-competition, where a number of different education providers — from colleges to universities to MOOC distributors — are jockeying for position in a crowded marketplace. In this interview, Currie sheds some light on the nature of this competition and discusses the differences between the adult and continuing higher education marketplace, and that of other goods and services.

1. What are the characteristics that most differentiate the continuing higher education industries from other industries?

… Basically, industries are divided into two categories; one is a product and the other is a service. And usually what you’re doing is, by providing the service — somebody wants something fixed or repaired or built — you do that for them and you’re responsible for everything. Basically, higher education is a little bit like a gym membership; we provide them with the information and the expertise and we tell them how to do something, but it’s really up to the individual to be doing the heavy lifting.

2. With that in mind, how is competition in the higher education industry different than it is in other sectors of the market?

Well, I think part of it is that the institutions that are in higher education really concentrate on their long-term reputation and integrity. They have to be very cautious about going after these little, quick wins that some organizations can do. For instance, if suddenly there is a need within the business area for a particular skill set, institutions of higher learning have to be careful that they don’t spend an inordinate amount of time creating a degree in order to meet that need, only to find out that in six to eight years — by the time it’s gone through the approval process and students have taken all the courses— that that immediate need no longer exists within the marketplace.

And the other thing about higher education is that … most of the higher education institutions that have been out there have been around for a very long time. They really must take a long view of things. By the same token, they really need to respond to a lot of the immediate market needs that do exist within business. So, that’s why you’ve seen a lot of institutions of higher learning implementing short-term certificate programs as well as degree programs so we can use the short-term certificate programs to actually meet the immediate need well within the long-term needs; we can create degree programs.

Depending on what kind of a university or college that you’re in, some of the tier one research universities — when you’re looking at computer training programs — they’re not interested in training computer people, they’re interested in educating people so that they’re creating the next level of the computer language, let’s say, as opposed to figuring out how to implement an existing computer language. … That need might be better served through a community college.

3. As increasing numbers of low- to no-cost higher education options proliferate, and as online programming becomes more common across institutions, is competition in the continuing higher education marketplace becoming more similar to that in other industries, and how did it get there?

Well, I think that there is a tremendous amount of competition within the continuing education marketplace. Part of the reason is there are so many more institutions that are now doing continuing education than there were, say, 20 or 30 years ago. The other thing is emergence of the for-profits into the continuing education marketplace. In some respects, that’s been a good thing because it’s actually through their marketing efforts that raise the awareness of people’s ability to be able to go back and … either complete a degree, get a degree or get another degree. So, that’s been very helpful.

But one of the challenges now is, with … so much online, it’s a very competitive marketplace because everybody is in everybody else’s backyard now. So, that’s one aspect of it.

The other thing is that … you’ve got to wonder if at some point there’s going to be a slow down on the proliferation. As a matter of fact, recently Eduventures did a study and they’re saying that, though the market has grown greatly, in particular, around online, that the market is flattening right now. They’re predicting zero growth within the online marketplace. And, as a matter of fact, a lot of colleges and universities have noticed a decline in continuing education enrollments. Part of the reason for that, they assume, is that there is so many players out there going after the same number of folks is one thing. The other thing is, as the economy recovers, more people will have less time to go back and get degrees. And the third thing is, even if they are going back, they may not be able to take two or three because of either job or family pressures, but they’ll only take one or two courses at a time. And, so, that greatly impacts the continuing education marketplace.

4. Is there anything you’d like to add about the increase of competition in the higher education marketplace and the challenges of competing in such a crowded market now compared to 10 to 15 years ago?

Well, I think one of the biggest changes that has occurred — besides formatting, delivery and topics — is the way we market our programs.

It used to be you would buy a list, you would mail to that list, you would have known exactly where that student was coming from because you’d have a source code on the mailing label for that list. And then you just buy more names of more people to go on that list.

Today, what’s happening is we’re all bidding online for the same [internet search key] words. There was a report that was released earlier in the year [that says] the student acquisition costs on average for the for-profits, three years ago, was about $3,500 and, last July, the per student acquisition costs were around $5,500. That’s a tremendous increase and, frankly, it’s not a sustainable business model.

We’re all competing within the same space because we’re all buying the same words. So, that has become much more difficult to actually get some face time through marketing medium in front of the student. So, marketing costs have really ratcheted up quite a bit. 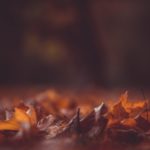 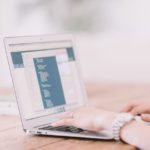 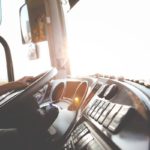 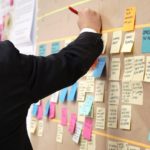 Has Currie considered that perhaps CE enrollment is down because more online students are enrolling in open education opportunities, such as MOOCs? I wonder if he considers MOOCs as just a trend that will also flatline like CE, or if he believes they have more staying power because they are offered at a lower cost (and, therefore, represent a lower risk) than traditional courses.

It’s disconcerting to think about the extremes that some institutions go to in order to attract students. The report Currie references about how acquisition costs have risen by almost $2,000 per student within a span of two years is astounding. My concern is that some of the unscrupulous for-profits are targeting their marketing efforts at adult and military veteran students, who are being promised something these institutions can’t actually deliver. These two groups of potential students are particularly vulnerable because they often do not have the support traditional-aged students have, such as guidance counselors, to help them make informed decisions about their education.

Currie mentions that higher education institutions struggle to keep up-to-date with immediate market needs, in part because of the amount of time it takes to establish new programs. This is where traditional non-profit institutions are being outperformed by their for-profit counterparts, which seem to churn out every program under the sun with relative ease. Continuing education units on a traditional campus tend to fare better, as their processes more closely resemble those of market-driven, private institutions. Perhaps it’s time for traditional non-profits to re-examine their processes and see if there isn’t a way to become more flexible, forward looking and responsive.