Dr. Mary Cone Barrie was the Director of the School of Continuing Studies at the University of Toronto from 1994 until her retirement in 2005. After she passed away in 2009, Destiny Solutions memorialized this exceptional educator and perpetual champion for adult students by naming a scholarship for non-traditional students after her. In the following Q&A, Shaul Kuper, president and CEO of Destiny Solutions, speaks candidly about his close friend and mentor Dr. Barrie, and explains why he offers this annual scholarship in her name.

Mary was an inspiration and a mentor to me, her passion for continuing education and lifelong knowledge really inspired me. The scholarship was a way of honoring that passion and carrying it on in her memory. On a business note, she was our first customer and opened the door to the world of education for us as a company.

Mary was a great person. She had a unique ability for seeking out young talent with fresh ideas. Maybe they had a seed of an idea and she would help them grow it. She had a talent for helping people become all that they could be. She was great at being helpful without asking for anything in return. The scholarship was a way of extending what she did in her life—carrying on her way of doing things and her mission posthumously.

Mary was an innovator and an early adopter of technology, ideas and concepts. She was always expanding programs, adding new locations and striving for growth. She was the type of person who would put her full trust in you and because of it you would never let her down. Personally, Mary was intelligent, always had great stories and was so kind. She used to tell me stories about how she met Einstein when she was a kid. Her family lived in Princeton and she would play in the park where there was often an old man, who she later found out was Einstein.

She went on after she finished working at the school and developed a program for new immigrants in Canada. She started a program, now called the Cultural Access Pass, where every new Canadian would get a free pass to the museum, the science center—cultural things. It’s since been adopted across Canada and expanded to include over 1000 attractions. This was what she did upon her retirement.

3. Every year hundreds of students apply for the scholarship. What makes selecting the winners a challenge?

While it’s an honor to give two scholarships, there are so many deserving people that one of the toughest tasks is picking the winners. Every year we are humbled reading through all the applications and learning about people’s hardships and the adversity that they’re overcoming—sometimes societal, sometimes financial, sometimes personal—in order to change their life through education.

Society at large needs a wake-up call that these are the people that will make a difference in the world tomorrow. What we do is just a drop in the bucket that needs to be increased by government and other organizations.

4. The scholarship is one of the few available exclusively to non-traditional students. Why is it important to you to support this group?

To me, non-traditional students represent not only the future of our society and our economy, but they are in my opinion the hardest working and the most driven of any student. They’ve made a commitment to change their lives and their families lives through education, often times having to jump great hurdles to do so. Examples of this are people who work one or more jobs, struggle with underemployment, take care of kids, and support a family all at the same time as going to school.

Personally, I like to help people who help themselves, and non-traditional students represent that. I don’t look at this as a handout. I look at it as an encouragement to keep doing what they’ve been doing and to keep going.

5. By supporting non-traditional students, you are helping increase their presence on campus. How do you see institutions of higher education changing as their population becomes more non-traditional?

Non-traditional students have the attributes of a consumer much more than they have the attributes of a traditional student. While they are there to learn, it’s their money that’s being spent for their education and they’re picky about how and where they spend it. They have time constraints and they’re looking for delivery of programs in a manner and time frame that fits into their busy life, school services built around their schedule and an experience befitting their well-earned demands. Ultimately, that’s what it’s about, the school experience. It’s about getting access to the course material, the social aspect, interactions with the school—it all culminates in an experience.

To apply for the scholarship, or to learn more, please click here. 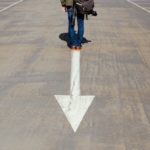 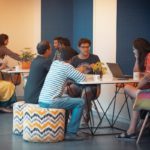 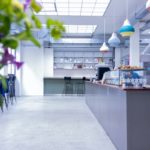 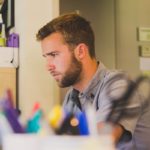 Your Approach to Career Services Might Be Failing Students

As state support for higher education gets lower and lower, it’s going to become harder for adult students to prioritize getting credentials. It will become more of a personal expense, in addition to the time and effort investment they’re already expected to make (and wary of).

More companies should take up the example this sets and provide that bit of extra support for non-traditional students looking to better themselves!

Taking some of the burden off over-burdened adult students on the degree-path — commendable!

I wonder if we’ll ever see scholarships like this appear for adult students taking individual classes to improve specific abilities.

I sure hope I see the day…