The Transforming Role of the Higher Ed Chief Information Officer

The role of the postsecondary CIO has evolved significantly over the past two decades. I am entering my 35th year in higher education IT and my 19th year as the IT leader at the University of Maryland, Baltimore County (UMBC), and have observed a number of transformations in this role over the course of my career that I’ll discuss in this piece.

Before jumping in, however, I want to share an anecdote. Recently, an emeritus-professor and former Vice Provost dropped off a box of papers he had in his office from when IT reported to him in the mid-90’s. Looking in the box, I found a document from a 1995 faculty task force report on the role of IT and research. Coincidentally, I was one of the staff supporting that task force. Looking at the report’s table of contents, one might have thought it was a recent publication. The report focused on the importance of the campus’s IT network to research, the need for technical support services, high-performance computing, visualization and multi-media, the role of the library, and funding for faculty innovation in the classroom. While the recommendations in that report might not be valid today, the report shows that the overarching areas of concentration remain much the same.

Reflecting on the last twenty years and thinking about how responsibilities have changed, one fact jumps out at me. The last twenty years have seen information technology move into every nook and cranny of the university. In the mid-90’s, information technology was just beginning to make a difference in institutional administration and instruction. In 2016, we see more devices than individuals connecting to the network on a daily basis, our LMS records daily logins from 99 percent of our students and we measure research storage in petabytes, not gigabytes.

Thinking back to when I became the IT leader in 1997, my title was director and I reported to the Vice Provost for Academic Affairs. In 1997, we had just merged the Academic and Administrative computing departments and my job was to bring together two organizations with distinct cultures and technology competencies. My first few years as the director were focused solely on operations, working to create a merged organization and, as a director, I was one of approximately 50 middle managers on campus. While I spent much of my first year working to integrate the two organizations, I also was able to share with a variety of campus leaders a vision of the Internet’s potential for enabling new business opportunities that would benefit educational technology.

In 2000, I was named CIO, partly for successfully navigating the campus through the Y2K transition, but also because campus senior leadership, especially the president, saw that information technology needed to be at the leadership table when discussing campus issues. Though I still reported to the provost’s office, as CIO I was added to the budget committee and President’s Council, giving me much greater insight into the strategic issues facing the university.

In 2005, I was named Vice President for Information Technology and now reported directly to the president. All of the campus’ Vice Presidents are expected to focus first and foremost on the best interests of the university, not their individual area of responsibility. This promotion required me to learn about the different areas of the university with a much deeper understanding than I had in the past. My job as VP of IT was to look for ways of using information technology to advance the strategic goals of the university.

What my personal journey demonstrates is that during the 1995-2005 period, our information technology organization went from being focused on making certain basic technology functions work acceptably to one that required we use IT as a strategic enabler. During this ten-year period, our focus was on building an organization that could meet rapidly growing demands for new technology-based services.

2005-Present: Leveraging the Strategic Value of IT

Between 2005-2015, I played a dual role as both technician and strategist. As a technician, I was challenged to deal with scaling our infrastructure to new levels, whether it was wireless networking, storage, or internet bandwidth—we were seeing rates of increase that required doubling capacity every three to four years. At the same time, as the campus IT leader I was working with senior leaders on strategic efforts aimed at using technology to advance pedagogy, student success, business process redesign and research.

Recently, I wrote an EDUCAUSE blog about a white paper that was released a year ago in collaboration between EDUCAUSE and the United Kingdom’s JISC, Technology in Higher Education: Defining the Strategic Leader. This article looked at the skills necessary to be an effective IT leader, which they called “IT Strategic Leader.” They defined the three core roles of the IT leader as visionary, trusted advisor and relationship builder.

These skills define the new role of the CIO. They are part of a leadership team where the CIO uses these skills to support other leadership team members in advancing the mission and goals of the university. The CIO must work closely with the other team members to understand how we can use information technology to advance these goals.

First, when preparing the next generation of leaders, we need to make certain that up-and-coming leaders understand the university’s mission and goals. At UMBC, I encourage my senior leaders to collaborate in shared governance and to pursue advanced degrees at the university. With that foundation and experience, they will have a broader understanding of the university.

Second, technology leaders need to reach out and build strong relationships with leaders across their universities. Developing and building personal relationships is key to understanding the needs of each department and to aligning technology with strategic goals. The IT leader then can translate how technology creates options and possibilities for the institution and how it can be utilized to maximum benefit. 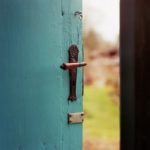 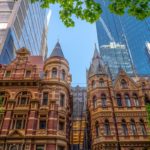 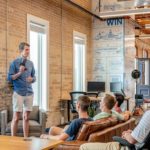 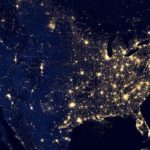