Inviting Faculty to the Party: Encouraging Institutional Innovation and Change

There are two shadowy truisms playing in the minds of deans and provosts at private liberal arts colleges. One is that, for the majority of our institutions, financial resources and enrollments are more likely to dwindle than grow. The other is that we live in that dusky reality more fully than most faculty members. Such is the situation of Birmingham-Southern College, an institution of limited resources, small endowment and challenging enrollment trends. Partially in response to this, faculty adopted a forward-looking outcomes general education program in 2011. Yet, it has maintained a fairly traditional program of academic majors and perceptions of the roles and responsibilities of the profession.

During the 2015-16 academic year, we set out to increase the awareness of everyone in the academic program of the external environment in which BSC and its particular set of challenges exists so that we could more realistically, effectively and sustainably meet those challenges while maintaining our essential liberal arts identity. We gave our colleagues homework.

Beginning at a department chairs workshop, then moving on to all faculty and players in key co-curricular programs we provided monthly readings from August to March with suggested questions for discussion and set aside time in faculty and academic area meetings for faculty-led discussions. In March we invited ideas and initiatives for enhancing enrollment and revenue from our colleagues—ideas curricular and co-curricular, institutional and disciplinary, big and small, costly and economical. We received over 30, many from interdisciplinary groups. Those ideas were then ranked by faculty in a survey.

After conversations with senior administrators and stake holders across campus, we are now implementing several of those ideas ranging from a new interdisciplinary major, enhancement to an existing major, a distinction program, and several collaborative community programs.

Here are five reasons we believe that our goals to engage faculty in understanding and responding to the changing higher education environment have been successful.

1. Both formal and unstructured venues for faculty participation in the visioning process were provided

Two monthly meetings, one in a smaller group and the other at a regular meeting of all faculty, were dedicated to discussion and were led by faculty. These sessions were timed and each session was structured by the faculty leaders.

One of the most productive sessions, as an example of an unstructured opportunity, took place late in the process at the provost’s house over wine and beer. Meeting away from usual classroom and auditorium settings allowed faculty to share their thoughts, ideas, and perceptions in order to determine where they might build collaborative partnerships with their colleagues. While the provost’s house was the setting, neither the provost nor the associate provost participated in the conversations.

2. The visioning process was simultaneously structured and flexible

Monthly topics ranging from external accountability to changing faculty roles to alternative forms of credentialing were communicated at the outset of the visioning process. Ground rules and underlying principles were articulated at the beginning of the academic year and circulated to faculty each month along with a set of concise readings and framing questions to jump start the discussions. At the same time, the conversations were faculty-led and there were no requirements that our framing questions constrain or even inform the conversations. As the year unfolded, we made tweaks and corrections to the process to respond to the feedback we received about the utility of the visioning process and the structure of the process.

3. The process was at its core collaborative

Both bottom up and top down, the visioning process was a shared undertaking, a partnership between academic administrators and faculty.

4. The timeline was generous but fixed

There was sufficient time built in for the process to unfold and buy-in to ripen. At the same time, there were articulated deadlines and interim goals.

Things rarely happen quickly in higher education, maybe for good reason. Our visioning process was initially met with skepticism, and reports that faculty were suspicious about a hidden agenda and were grumbling about “homework.” Over the course of the year, however, and as the process unfolded more and more faculty came to see the relevance of the articles and their interconnectedness, and they came to be more and more invested in the project.

5. Faculty were encouraged to take the reigns

As a corollary to the last point, faculty were encouraged to accept increasing agency as the year unfolded. In the end they made the process their own.

While initially the faculty role was that of convener of and participant in the conversations, by the end of the year faculty took full ownership of the creative process. Once the call for proposals went out, faculty served as initiators, peer reviewers and evaluators of each proposal. Faculty became the engine of and facilitators for innovation and change. 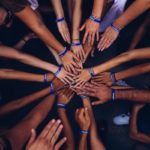 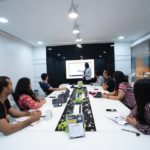 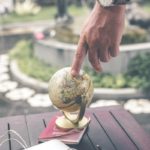