Internal and Service Partnerships
Published on 2012/12/07

Coming Together to Keep Programs Alive

EvoLLLution NewsWire
Elementary Bengali, Indonesian, Yoruba or Zulu classes are typically not a big draw for students on any given campus, which in this time of cost-cutting and educational reform might normally spell the end of the program.

However, Yale University, Cornell University and Columbia University have banded together, with the support of a two-year, $1.2 million grant from the Andrew W. Mellon Foundation, to make sure such programs are not lost in the dizzying process of reductions.

The three universities have launched a pilot program to teach classes in uncommonly taught languages through videoconferencing, with instructors coming from any one of the three institutions teaching to students across all three campuses.

“It’s been a while since videoconferencing has been in education,” Dick Feldman, director of Cornell’s Language Resource Center, told Inside Higher Ed’s Alexandra Tilsley.

Like many innovations, the project was borne out of necessity. After 47 percent of the National Resource Centers’ budget was cut, meaning significant cuts to foreign language and cultural student classes, the language directors of the three universities came together and brainstormed a solution.

“We each had a fair number of languages and it seemed like we also shared the stress of continuing to support our languages because of the federal government cutbacks to NRCs,” Feldman told Tilsley. “It seemed like we were a good fit to share languages.”

Through a distance learning platform, each institution can continue to offer high-quality language instruction to their students despite very low enrollments, meeting a moral and intellectual imperative, according to Cornell’s Senior Associate Dean of Arts and Sciences, Walter Cohen.

In an age of asynchronous approaches to distance learning, the videoconferencing approach harkens back to the age of synchronous, direct teacher-to-student distance education. It has forced the institutions to cap enrollments of each class at 15 students, allowing instructors to interact with students and tailor each course to the needs of learners.

Cohen says there is no reason why the model could not work to save other low-enrollment programs across the higher education space.

“It seems to me like [the language pilot] could be a practice run for other things,” Cohen told Tilsley. “Even in large graduate programs, like English or history, individual sub-areas can be very poorly covered. It wouldn’t be such a bad thing if graduate seminars could be taught in such a way that in relatively small fields, say Turkish history, if you have two people at one school and three at another, you could have a nice seminar.” 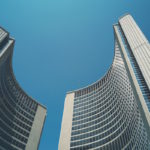 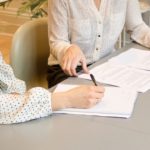 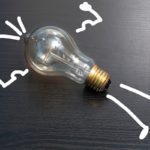