Online Universities Struggling to Compete in the Free Course Era

EvoLLLution NewsWire
When the University of California System launched UC Online in 2010, it was expected that the online delivery method would draw thousands of students in to the selective institution and bring in much-needed revenue to help the system adjust to budget cuts.

However, with the rise of Massive Open Online Courses and other free online learning options, the promise of course credit does not seem to be enough to keep UC Online in the black.

Last year, the University of California system took out a $6.9 million loan from the system’s Office of the President in addition to finding a number of private donations to help prop up UC Online. This, despite opposition from university faculty who did not want to see ever-reducing funds being committed to the UC Online initiative.

In order to repay their loan, UC Online must enroll at least 3,000 non-UC students this year (the first year they are accepting students who are not already enrolled at a UC campus) and must add another 1,000 students annually until they reach a total non-UC enrollment of 7,000 students.

While UC Online was initially seen as a highly lucrative venture which would provide students at UC campuses with access to a number of online courses, providing more scheduling flexibility and the opportunity to enroll at courses offered at other UC campuses, it has not worked out that way in practice. In 2011, The Chronicle of Higher Education reported that UC Online would aim to offer 20 undergraduate courses by January 2012, only six courses were available in the 2012 spring term and two more have been added for the fall 2012 semester. Moreover, since each campus has its own registration system, cross-campus enrollment will not be possible for another two years.

UC Online’s slow start is now coupled with the explosion of MOOCs, which offer high-quality programming from elite institutions for free. Richard Garrett, the vice president and principle analyst of Eduventures, told The Chronicle of Higher Education’s Alisha Azevedo that it was unlikely online students would choose UC Online.

“They will have a hard time generating a lot of interest given the range of choices available,” he said. “They’re entering an already crowded market with nothing particularly distinct being offered.” 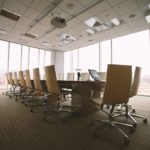