As universities increasingly face fiscal challenges and concerns over long-term financial sustainability, they are looking at their budget models to incent behaviors or capture previously unrealized opportunities and revenue.

These models also are being pointed to by critics as mechanisms being used by nefarious senior administrators and boards to dismantle academic programs, disrupt long-standing academic culture, and surreptitiously shift institutional priorities. They are both held up as hopeful models for badly needed change, and blamed for everything from lack of revenue to changing expectations of the professoriate. They are at once the white knight and the boogie man.

But they are just budget models. They are simply algorithms for revenue and expense allocation. Budget models are not surrogates for leadership, vision, or innovation. They provide clarity, predictability and a roadmap.

Often, new budget models are contemplated and implemented when significant and ongoing budget challenges exist. This is far from the ideal time for such a major shift when people are feeling anxious, uncertain, stressed, or under siege in some way. Still, it seems most changes in university budgeting procedures are precipitated by some budgetary crisis, ongoing or emergent. In these cases, leaders must remind those on our campus that the issues being faced (and the anxieties being felt) are the result of the budget itself— the challenges in matching revenues and expenses while continuing to fulfill mission and invest strategically. In other words, “It’s the budget, not the budget model.”

I have been asked on many occasions “which budget model is better, a centralized or distributed model?” I have worked at institutions with both types and of course there are variations in distributed models (from so-called “tub on their own bottom” fully autonomous Responsibility Centered Management or RCM models to hybrid RCM models that maintain some centrally funded functions, share revenues, or both). And there are variations in features, although best practices have emerged over the last two decades in the use of subvention, incentives, expense distributions, and so forth.

Which Model is Better?

My answer to the question “which is better” is simple: no one model is better than the other. The choice, and ultimately success, of a budget model depends on the university’s goals and its culture. I’ve seen both types of models work very well, and what works for one institution may not work for another.

There are two key considerations that can help to identify the right budget model for a given university: its goals and its culture.

Why is a new budget model being considered? What are the desired/anticipated outcomes? Does the university want to incent behavioral and/or operational change, or is the new model simply rearranging the deck chairs without endeavoring to solve a problem or enable something new? Is the desire to change motivated by strategic vision or is it a last-ditch attempt to simply close a growing budget gap? Is it an effort to pivot the university’s strategic priorities or areas of focus? Is the goal to enable investment in growth areas, or rebalance instructional capacity and demand? Is it being driven by the Board of Trustees (top down) or by the campus (grass roots)?

As important as the university’s goals, however, is the campus culture. Is the campus supportive of the change? If not, are they being made aware of the need for the change (the driving forces) or the expected outcomes? Is the culture one that takes comfort in, recognizes the need for or trusts a strongly centralized budget? Or is the campus one that responds positively to autonomy, opportunity for self-directed innovation and incentives for growth and/or efficiencies? To understand a campus culture requires some understanding of its history. Trust is built, or lost, over many years and often several administrations. Similarly, cultures of innovation, entrepreneurship, and pushing boundaries evolve and are nurtured over many years. One must also assess the campus’ risk tolerance. Are units too risk averse to explore real change? Risk aversion is usually the result of fear (losing resources, losing positions, or even losing viability as an academic discipline). Fear of failure may also hold leaders or units back. Can a change in budget model make people more comfortable trying new things? Is the campus ready to embrace the hard work that comes with implementing such a change? Are the faculty and staff driving the change or are they being driven toward the change?

In visiting many campuses that have contemplated and undertaken changes in budget models, I have seen campuses thrive under both centralized and distributed models. I have seen common successes and common failures. I have observed best practices that appear effective at many institutions, and I have seen unique model features that appear effective at a particular university. In all cases, it seems to come down to three things: culture, communication, and consistency.

I have seen failure when culture was not understood or respected, communication was inadequate or inconsistent or there was a lack of consistency in messaging or execution. On the other hand, I have seen tremendous success when attention was paid to all three.

So, is it possible to be too transparent? Admittedly, this is not a question I pondered when asked by our president to lead the campus through a budget model transition. In fact, my immediate inclination was to commit to complete transparency as a means of creating a climate of trust. By removing any shrouds of secrecy (real or perceived), I believed the campus could focus productively on developing, implementing and ultimately operating under a new decentralized budget model, one that was being called for by the broader campus. My thought was that it put everyone on the same page. We all were seeing the same information, for better or for worse. The campus would see what was creating the budget challenges and that there were no secret accounts or diverted funds. Mind space occupied by conspiracy theories would be freed up for more productive work. I further thought full transparency in the budget would encourage faculty, who previously may have been inclined toward mistrust and challenging academic leaders and university administrators on budgetary decisions and realities, to come to trust the budget process in the hands of the cognizant budget officers and deans. Also, return their focus to their teaching and scholarship (where, I assumed, they would far prefer to spend their time and energy). My commitment to full transparency was, I believed, for the good of the process and the University and the faculty.

Here’s what I learned. Transparency is a laudable goal and an appropriate foundation on which to lead such significant change. But one must not underestimate the transactional costs of making and keeping such a commitment.

First, there are the infrastructure costs; personnel and platforms to present and maintain the information in a format that is accessible, updated regularly, and appropriately secured. Dashboards may need to be created as efficient interfaces between myriad spreadsheets and the interested viewer. Reports may need to be generated, including customized reports responding to specific inquiries. New tools for data queries, hindcasting, and forecasting may need to be built.

Second, and equally important, are the education costs; ongoing commitments to helping individuals and offices understand what they are now seeing (perhaps for the first time), without misinterpretation or seeding new conspiracies. We made a commitment at the very start of our effort that “We will answer any question from any person at any time.” We honored our commitment year after year. But it was not the directly posed questions that took the most time. It was responding to misunderstanding and propagation of misinformation. Data that were now fully accessible were being misinterpreted or ignored altogether. Budget model mythology took on a life of its own. Campaigns of misinformation were mounted by those who felt most threatened or were most resistant to change. New narratives were being created about underlying goals, hidden resources, and lavish expenses. We chose not to attempt to counter the few (and far extreme) “fake financials” claims, as the data were of course accurate. We did, however, spend considerable time and effort responding to all other misinformation. We quickly realized that busting one myth now didn’t mean we wouldn’t need to do it again even a short time later. We built “Q&A”, “Fast Facts,” and even “Myth busting” webpages. Those who chose not to look at financial data, we found, also were not likely to look at such webpages. And so myths – often the same myths – were perpetuated.

But there were many positive outcomes from this intensive response effort. Much of the misinformation really stemmed from misunderstanding, and this provided us with important feedback that we used to hone messages and work to create more effective outreach and communications strategies. It also informed the university-wide committees working on all aspects of the new budget model’s development and implementation (and three years later, as planned, the first revision). In some cases, small changes in what was being proposed could go a long way to alleviating anxieties. In other cases, more significant changes were needed and made to make the model more easily understood.

Universities must plan for and resource this ongoing communication/education strategy. It takes dedicated staff, time, and energy. Boundless optimism and confidence in both the model’s merits and the processes that were employed are not enough.

In hindsight, it may well be that full transparency was neither necessary nor strategic. We spent far too much time and energy helping people understand what they were looking at. And people were spending far too much time agonizing over details (sometime minutia) of the budget of a very large and complex organization. Most people did not possess the financial expertise necessary to understand the budget. Many lacked any quantitative background. While the goal was to have more people engaged in the business of the university (growing revenues and reducing expenses, becoming a more agile, innovative, responsive, and responsible institution), it was clear that some faculty were focusing more on the university’s finances than their teaching and scholarships. The trust transition that had been anticipated was occurring for some but not for all. Those who were mistrustful under the old budget model continued to be mistrustful under the new model.

The majority of faculty, however, came up to speed on the university’s budget within the first year (or two, in some cases). They took steps to understand the basics of the budget model and how/where they could contribute to achieving their college or school’s priorities as enabled by the model, and then came to trust their deans, budget officers, and university leadership to competently manage the budget in the best interest of the institution. These faculty, many of whom engaged throughout the processes to develop and implement the new budget model, are driving real innovation.This includes new academic and research programs including significant new transdisciplinary activity, graduate offerings, student success initiatives, industry partnerships, online and hybrid programs, and more.

Is there such a thing as too much transparency? I don’t believe so. If we are committing to such full access to information, however, we must be prepared to help people understand what they are seeing, learn to mine the data and make valuable inference, and use the data to inform decision and strategy. We must also be committed to authentic, patient, and consistent myth busting. After all, we’re in the business of education and these are teaching moments.

A Strategic Roadmap for The Next Decade

Learning from Experience: Northeastern’s Robust Connections Between Classroom and Commerce 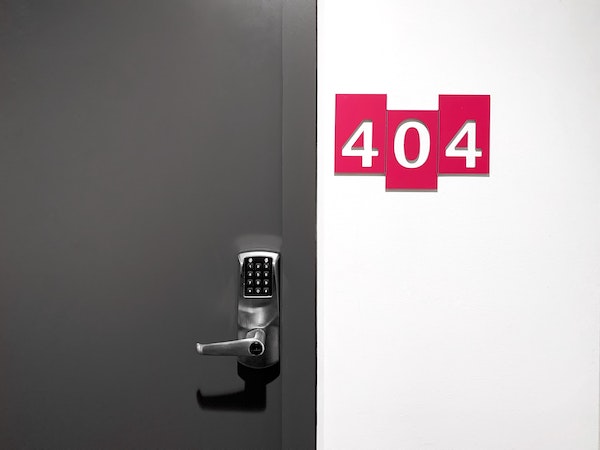