EvoLLLution NewsWire
Michigan’s higher education institutions have been particularly vulnerable to state funding since the recession began. This year, lawmakers will be increasing their funding to the state’s colleges and universities—but the Chronicle of Higher Education’s Eric Kelderman reports that there are strings attached.

Between 2007-2012, the state’s higher education spending has fallen more than 19 percent. This year, lawmakers have promised a three percent increase for the system, and institutions will get varying amounts depending on improvements in graduation rates and research spending, or by granting more degrees in high-need areas.

Further still, in order to qualify for a sliver of the $1.4 billion on offer, institutions must limit their tuition increases to four percent or less.

This, for an increase that Business Leaders for Michigan President Doug Rothwell said was well short of the state’s needs. In fact, reported Kelderman, lawmakers will have to put an extra billion dollars into higher education over the next decade simply to make up for the funding decrease experienced over the past five years.

Remarking that the restrictions being placed on the funding were “remarkably damaging and intrusive”—Director of Sate Relations and Policy Analysis at the American Association of State Colleges and Universities (AASCU) Daniel J. Hurley was honest with Kelderman about his true feelings on the announcement. 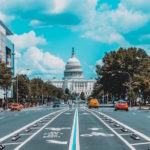 Call it a Climate Emergency: How Higher Education Institutions Can Support Climate Action