Current Position and Past Experience
In 2013, Willis Holcombe agreed to take a brief respite from his retirement to serve as the Interim President of Florida State College at Jacksonville. He retired in 2011 after serving for four years as the Chancellor of the Florida State College System. This followed two terms as the President of Broward Community College, lasting a total of 18 years.

Prior to beginning his career in education, he served as a Captain in the U.S. Marine Corps. Since 2003, he has served on the Board of Directors for BankAtlantic and on the Advisory Board for Skelly Foundation. He also served as a member of the Visions 2000 Committee, High Speed Rail Task Force, Hundred Club of Broward Country, Phi Delta Kappa, and the Florida Association of Community Colleges, as well as the Executive Committee of the Board of Governors of the Greater Fort Lauderdale Chamber of Commerce.

Education, Honors and Achievements
Dr. Holcombe received his B.A. from Baldwin-Wallace College in Ohio and earned his Master's and Ph.D. at the University of Florida.

Holcombe was a torchbearer for the 1996 Summer Olympics in Atlanta. He has also received the "Miami Herald Spirit of Excellence Charles Whited Award," "Leader of the Year Award" from Leadership Broward, "Honorary Doctorate of Humane Letters" from Nova Southeastern University, the "Silver Medallion Award" from the National Conference of Community and Justice, and the "President's Award for Professional Excellence" from the Florida Association of Community Colleges. 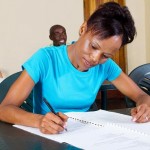 For Better or Worse: Student Decision Making in Remedial Education