Current Position and Past Experience
Since 2003, Victor Seddon has been the Managing Director of Langley Oaks Consulting Ltd. In this role, he has worked on the UK Defence Academy’s Reorganization project at Cranfield University, served as Interim Dean of Technology, Innovation and Development at Birmingham City University, was interim Director of Operations in the Faculty of Life Sciences at Imperial College London, worked with the Qualification and Curriculum Authority UK and undertaken similar assignments with other higher learning providers.

Before moving into consultancy, Seddon worked with the Learning and Skills Council as the Executive Director for London South, covering six towns within Greater London. Prior to this, from 1995-2000, Seddon was the Principal and Chief Executive at Croydon College. From 1990-1995, he was the Dean of the University of Teesside’s Business School and, from 1986-1990, he was the Dean of Leeds Metropolitan University’s Business School. He also served as the Head of the Business Administration Department at the University of Central Lancashire.

During a long professional career in managerial mathematics, Seddon has mentored on education finance and acted as trainer for curriculum development, pedagogy and educational assessment in UK, Western and Central Europe, Hong Kong, India and the Gulf.

Education, Honors and Achievements
Seddon earned his BA (Hons.) in Economics and Operational Research in 1967 from Lancaster University. In 1968 he earned his Graduate Certification in Education in Mathematics and Economics from St. Martin’s College. In 1975 he earned his MSc in Management Sciences from the University of Bradford.

Personal Details and Community Involvement
Seddon lives in London and spends part of each year in India because of professional and family connections. He is Director and Past-Chairman of Cambridge Tutors College, London which is an international academy preparing entrants for top UK universities, from 23 different countries. He was appointed a Magistrate in 1983. 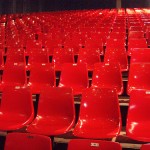