Current Position and Past Experience
Since 2013, Tristan Denley has served as the Vice Chancellor for Academic Affairs with the Tennessee Board of Regents. This followed four years as the Provost at Austin Peay State University. Denley got his start in higher education at the University of Mississippi in 1997, where he served as an Assistant Professor of Mathematics for five years before advancing to the position of Chair of the Mathematics department, a role he held for six years. 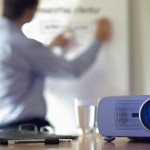