Current Position and Past Experience
Tony Sheridan has been a Training Manager with CASSIDIAN since 2011, creating, managing and developing training related products for key projects in the Middle East.

He has 25 years of experience with the UK Police, and before leaving the police service and moving to his current role he held positions such as National Police Trainer and Training Manager, Chief Designer of National Policing Projects and Head of Training. He was also his organization’s training lead for the UK’s national Defense Training Review. From 2008-2009 Sheridan was the Superintendent responsible for managing the armed policing of the UK’s key energy sector sites on behalf of the Home Office, before spending the next two years as part of a team restructuring his Force.

From 2006-2008, Sheridan was the Head of International Policing and Secondments, working with the UK’s Foreign and Commonwealth Office (FCO), where he coordinated the first UK joint FCO-Defense policing mission to Afghanistan, a mission specifically focused on mentoring and training Afghan National Police.

Education, Honors and Achievements
In 1999, Sheridan earned his Certificate in Post-Compulsory Education and Training from Canterbury Christ Church University. In 2008 he earned his European Diploma in Policing and, in 2010 he earned his Master of Science in Policing from the same institution.

Sheridan also has a number of other qualifications and certifications. As well as his national Teaching Qualifications, he holds a Certificate in Competency-Based Structured Interviewing and is a certified National Vocational Qualification Assessor. 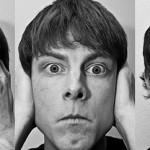 When You Walk Into A Classroom, Do You Know What Your Students Want?