Current Position and Past Experience
Thomas Lukaszuk was elected as a Member of Alberta’s Legislative Assembly in 2001 as a Progressive Conservative. The MLA for the Edmonton-Castle Downs constituency, Lukaszuk is the first Polish-born person to be elected to a Canadian legislature.

In 2012, Lukaszuk was named the Deputy Premier of Alberta and, in 2013, he took on the Advanced Education and Enterprise portfolio.

Previously Mr. Lukaszuk served as Minister of Education, Political Minister for Edmonton, Minister of Employment and Immigration and parliamentary assistant for Municipal Affairs.

Over the course of his elected service Mr. Lukaszuk has served on a wide range of legislative and government committees. The areas of work have ranged from accountability, access to information and ethics in government to support for low-income and disabled Albertans, tourism marketing and human rights.

Education, Honors and Achievements
Lukaszuk earned his bachelor’s degree in education from the University of Alberta.

Lukaszuk earned the Queen’s Golden Jubilee Medal for his community service and the Alberta Centennial Medal for his contributions to the province. He has also been decorated with the Order of St. John Investiture.

Personal Details and Community Involvement
Lukaszuk is a past president of the Youth Friendship Society and a Knight of Columbus.

Lukaszuk has a history of involvement with community groups. He coached soccer through the Edmonton Northwood Community League, has been a Scout leader and is a strong supporter of ABC Head Start. In his free time Mr. Lukaszuk enjoys travelling, reading and spending time with his young family. 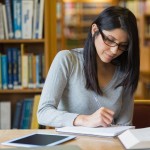