Current Position and Past Experience
Susan Donar has been an Online Facilitator with the University of Phoenix Online since 2000 and earned her Advanced Online Facilitator Certification in 2011. In that time she has held a number of other positions, including Distance Education Coordinator at the University of Southern Maine, Edmund S Muskie School of Public Service, Senior Organizational Development Specialist for FairPoint Communications, and Workforce Development Director for the Associated General Contractors of Maine.

Donar has also held positions as an Adjunct Professor at Southern New Hampshire University, and Director of the Curriculum Resource Center of Maine housed at Kennebec Valley Technical College.

Donar was awarded the Volunteer Leadership Award from the Erskine Academy Alumni Council in 2011.

Personal Details and Community Involvement
Donar is a member of the Maine ASTD and a 2012 graduate of the Auburn Police Department’s Citizen’s Police Academy. She was the President of the Howell House Board of Directors from 1999-2005 and has served as the President of the Erskine Academy Alumni Council since 2008.

Connect
You can find Donar on the web through her LinkedIn Profile . 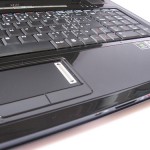 How to Teach Online