Current Position and Past Experience
Since 2011, Stefan Popenici has been a Senior Lecturer at Macquarie University in Australia. Popenici concurrently serves as the Associate Director of Simon Fraser University’s Imaginative Education Research Group, a position he has held since 2006.

Prior to taking on his role at Macquarie, Popenici served as the Learning and Teaching Designer at the Manukau Institute of Technology in New Zealand. For even years prior to that, Popenici was a Consultant and worked with the Fulbright Commission and the Council of Europe, among others.

Popenici also served as a Senior Advisor for Romania’s Minister of Education and Research from 2001-2002.

In 2004, Popenici was named a Knight of Romania by the Romanian Presidency, joining the Order for Merit of Education. He was also award a Certificate of Recognition in Appreciation of Service to the Community by the Hon. Lee Brown, the Mayor of Auckland, New Zealand, for his humanitarian work in the community.

Popenici has been awarded a number of Fellowships, from institutions such as the Salzburg Global Seminar to the Aharon Ofri International Training Center. He has also won a number of research and professional development grants from agencies across the European Union.

Connect
You can find Popenici online via Twitter @Popenici and through his personal blog. 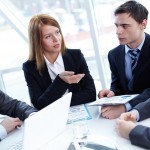