Current Position and Past Experience
Scott Smith is currently Senior Vice President of Human Resource Operations at AT&T. He has held this position since 2011. In that role he oversees Global Talent Acquisition, AT&T University Operational Training and HR support for all mergers and acquisitions. In his prior role he was Vice President of Staffing and before that he worked in several areas of Finance Operations.

Education, Honors and Achievements
Smith received his BBA in Finance from Baylor University in 1989. He completed his MBA there in 1990.

Personal Details and Community Involvement
Smith is married, has two children and lives in Frisco, Texas. He is active in his church, his children’s school Legacy Christian Academy, and several professional advisory boards. His hobbies include running, skiing, basketball, volunteering, coaching and “all things family.”

Connect
Scott Smith can be found on LinkedIn. 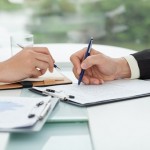