Current Position and Past Experience
Sarita E. Brown is President of Excelencia in Education, a national not for profit organization working to accelerate Latino success in higher education she co-founded in 2004. A thought leader in higher education, she has spent more than two decades at prominent national educational institutions and at the highest levels of government working to implement effective strategies to raise academic achievement and opportunity for low-income and minority students. She started her career at the University of Texas at Austin by building a national model promoting minority success in graduate education. Coming to the nation’s capitol in 1993 to work for educational associations, Ms. Brown was appointed Executive Director of the White House Initiative for Educational Excellence for Hispanic Americans under President Bill Clinton and U.S. Secretary of Education Richard Riley.

Personal Details and Community Involvement
Brown is active in national educational organizations and currently serves on the Board of Directors for ACT Inc., and the National College Access Network (NCAN). An effective public speaker, Ms Brown travels throughout the country to advocate for Latino success in higher education. 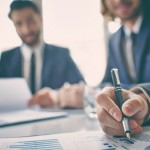