Rebecca Metty-Burns | Executive Director of the Division of Workforce and Economic Development, College of Southern Nevada

Current Position and Past Experience
Rebecca Metty-Burns has been the Executive Director of the Workforce and Economic Development Division at the College of Southern Nevada since 2011, a position she held on an interim basis since 2008. She joined CSN a year earlier as the Director of Special Projects in the Division of Workforce and Economic Development.

Before joining the college, Metty-Burns had an 11-year career in the Hospitality industry, starting out as a Human Resources Manager, a position she held for two years. In 1999 she became a Director of Training for MGM Mirage (now MGM Resorts International) where she operated the training departments for two hotels and casinos. She spent two additional years at MGM as the Corporate Human Resources Project Director. 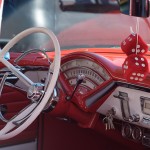