Current Position and Past Experience
Ray Martinez has served as the Chancellor of Western Governors University Texas since 2013. Prior to this, Martinez held senior government relations roles with Texas A&M International University and Rice University. He also served for several years as the Chief of Staff and General Counsel to State Senator Judith Zaffirini. In addition, he served as the Director of the Texas Senate’s Higher Education Committee, developing policy and shaping practice to support student success and strategic student financial assistance programs. Previously he served as a President George W. Bush appointee to the Election Assistance Commission and in several roles on White House staff with President Bill Clinton.

Martinez serves as a fellow with the Center for Politics and Governance at the Lyndon B. Johnson School of Public Affairs and has previously served as an adjunct professor of public policy at the University of Texas School of Law.

Education, Honors and Achievements
Martinez earned his BA from Southwestern University and his JD from the University of Houston Law Center.

Personal Details and Community Involvement
A native of Alice, Texas, Martinez is married to Beth Stanley Martinez and they have two children, Sofia and Lorenzo. They reside in Austin. 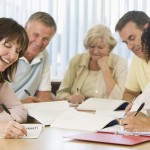