Current Position and Past Experience
In 2012, Peter Blake was named the Director of the State Council of Higher Education for Virginia, a position he held as an interim since 2011. Prior to this, Blake spent six years as the Vice Chancellor of the Virginia Community College System.

This followed Blake’s four years as part of the administration of Governor Mark Warner’s government, both as the Deputy Secretary and Secretary of Education for the Commonwealth of Virginia. Prior to being appointed to the administration, Blake served for two years as a Fiscal Analyst with the Virginia House Appropriations Committee.

Education, Honors and Achievements
Blake earned his BA in History from Virginia Commonwealth University in 1980. In 1988 he earned his MS in Mass Communications from the same institution. 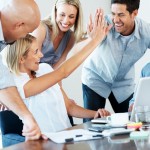