Current Position and Past Experience
Since 2012, Paul Hill has been the Chancellor of the West Virginia Higher Education Policy Commission. He previously served as the system’s Interim Chancellor beginning in January 2012 and as Vice Chancellor for Science and Research beginning in 2007. He also served as Executive Director of the West Virginia Experimental Program to Stimulate Competitive Research (WVEPSCoR). He formerly held a research position at West Virginia University and served as a faculty member at the University of Charleston. Before joining WVEPSCoR in 2001, he was Chairman and Chief Executive Officer the U.S. Chemical Safety Board, appointed by President Bill Clinton and confirmed by the U.S. Senate.

Hill has more than 25 years of experience in academic research, grant administration, and public policy development, and has held CEO positions in state, federal, and private organizations 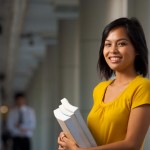 Hitting “Restart” For Those Who Have Stopped Out