Current Position and Past Experience
Meg Benke is a Professor at Empire State College. She also serves on the Board of Directors of the Open Learning Consortium.

Prior to this she was the Acting President at SUNY Empire State College, where she also served as Provost and Vice President for Academic Affairs.

Education, Honors and Achievements
Benke received her PhD in Student Personnel from Ohio University in 1986.

In 2007, she was recognized for the Most Outstanding Achievement in Online Learning by an Individual, by Sloan-C. In 2013, she was inducted into the International Adult and Continuing Education Hall of Fame.

Connect
Meg Benke can be found on LinkedIn. 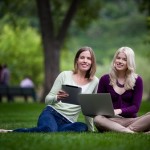