Current Position and Past Experience
Mary Thompson-Jones is the Director of Global Studies and International Affairs at Northeastern University’s College of Professional Studies. She has held this position since 2013.

Prior to this, Thompson-Jones was the Dean of International Graduate Programs at Endicott College.

Before entering academia, Thompson-Jones worked for the U.S. Department of State for 23 years as a Career Foreign Service Officer specializing in Public Diplomacy Her overseas assignments took her to Madrid, Prague, Sarajevo, Quebec, and Guatemala. Her domestic assignments included Washington, D.C., where she was the Branch Chief for EducationUSA, a State Department global network of overseas higher education advisers; and Boston, where she served as the State Department’s New England Diplomat in Residence.

Education, Honors and Achievements
Thompson-Jones earned her MALD from Tufts University’s Fletcher School of Law and Diplomacy in 1988. She completed her doctorate in higher education management at the University of Pennsylvania in 2012.

She was the recipient of the Edmund A. Gullion Prize and the Robert B. Stewart Prize for outstanding academic achievement at the Fletcher School. She has also received several Superior and Meritorious Honor awards from the State Department, most recently for her leadership as Chargé d’Affaires at the U.S. Embassy in Prague, Czech Republic. (What major awards have you earned?)

Personal Details and Community Involvement
She is currently completing a book, Diplomatic Disconnect, to be published by W.W. Norton in 2015. She lives in Norwell, Massachusetts and is the mother of Andrea, Gareth, and Gwyneth. She is passionate about books, poetry, classical music, landscape architecture, and old maps.

Connect
Mary Thompson-Jones can be found on LinkedIn. She also runs a personal blog, Thaxted. 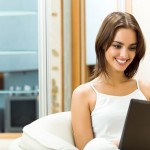