Current Position and Past Experience
Since 2011, Larry Michael has been the Assistant Vice President of Workforce Development and Special Initiatives at the Pennsylvania College of Technology. Prior to that, he spent two decades as the College’s Executive Director of Workforce and Economic Development.

Michael has held positions as the Director of Systems with American Home Foods, the Director of Management Information Systems at Best Products Inc. He has also worked as a Programmer Analyst with the Newport News Shipbuilding Corporation.

Education, Honors and Achievements
Michael earned his BS in Information Science form Virginia Commonwealth University in 1979. In 1996 he earned his MS in Workforce Education and Development from Pennsylvania State University at University Park. 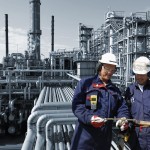 Supporting Non-Traditional Students and the Workforce with Federal Grants