Current Position and Past Experience
Since 2003, Keith Sessions has served as the Executive Director of the Alabama Articulation and General Studies Committee (AGSC) and the Statewide Transfer & Articulation Reporting System (STARS) Programs. This is Sessions’ second stint with the AGSC/STARS, he first served as an Assistant Director of the program between 1994-2000.

Between these two terms, from 2000-2003, Sessions was the Director of Distance Education at Southern Union Community College, and then served for one year after that as an Administrator within the Provost’s Office at Auburn University.

Personal Details and Community Involvement
Sessions is married to Carlene Dorris Sessions and they have four sons: Wil, Parker, Tal and Winston. Keith and his family are active members of First Baptist Church of Enterprise, Alabama. 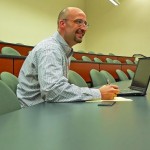 Shooting for the STARS: How Budget Cuts are Impacting Alabama’s Adult Students (Part 2) 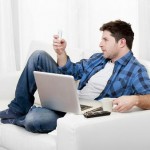 Shooting for the STARS: How Budget Cuts are Impacting Alabama’s Adult Students (Part 1)