Current Position and Past Experience
Kanzellar (Kim) Sprague is an Academic and Career Counselor in the Department of University Studies at Plymouth State University, where she previously served as University Bursar. Prior to this, Sprague served as the Interim Associate VP of Finance and Administration from 2006-2010 at the University of Toledo. She got her start in Toledo as the institution’s Bursar.

In May 2000, Sprague earned the Distinguished Alumni Award from Southern Vermont College and spoke at the school’s convocation ceremony. In 1999, she won the President’s Award for Excellence in Professional Service and the Chancellor’s Award for Excellence in Professional Service. In 1991 she received the local and regional Business and Professional Women New Careerist Award, and in 2006 she earned the William Patterson University African American Outstanding Leadership Award.

Personal Details and Community Involvement
Sprague is a member of the American Council on Education (ACE), the Ohio Bursar’s Association, the Society for Human Resource Management and the National Association of College and University Business Officers, among others. She co-founded Women and Welfare and is a member of her local Rotary Club. 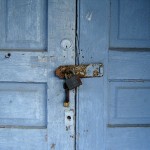 Testing Does Not Equal Learning