Current Position and Past Experience
John Pyktel has been an independent education consultant since 2011, where he develops markets for K-12 and Higher Education interactive classroom technology use.

Pyktel worked with the eInstruction Corp from 2008-2011 as the Northwest Regional Manager. Prior to this, Pyktel was the Northwest Account Manager for Kurzweil Technologies, serving software products for the K-12 market. This came on the heels of a year spent as a Middle/High School Intervention Specialist with Harcourt Achieve. His time at Harcourt followed the year Pyktel spent as the South Central Manager of McGraw Hill’s, Technology Education Group.

Pyktel got his start in the workforce in 1974, when he was promoted as a store manager at Radio Shack before being selected to pilot the first computer store for Tandy/Radio Shack in in Ft. Worth, Texas in 1977, pioneering Radio Shack in the computer industry with their TRS-80.

Education, Honors and Achievements
Pyktel attended the College of Lake County from 1972-1974, working towards a degree in Marketing, before moving to California to take a management position with Radio Shack. 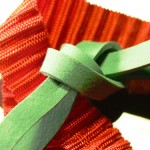 How And Why We Should Keep Student Retention In Higher Education