Current Position and Past Experience
John Pastorelli started his company Ochre Learning in 1996. Prior to this, John spent 12 years with the New South Wales National Parks and Wildlife Service, starting out as a Ranger and then working as a Senior Ranger and Community Relations Officer. He had a break for a few years when he worked as a Volunteer with the US Fish and Wildlife Service in Alaska and worked as an Education Officer with the Australian Museum.

Education, Honors and Achievements
John has worked with an exciting and interesting array of projects, companies, organisations and individuals since starting his company. This is definitely one of his achievements – in that he has been able to empower learning within others and help them build their skills and expertise whilst enjoying the same benefits.

John has written two books and has also been awarded two major awards. He won the Equity Achievement Award for his initiatives in developing employment programs for Indigenous Peoples and building access opportunities for people from non-English speaking backgrounds. He also won the Georgie Waterman Award for outstanding and sustained contribution to the field of Heritage Interpretation.

Personal Details and Community Involvement
John loves being a learning geek, a passion he shares with music, writing, comedy, photography, playing sport, handyman-type fiddling projects and motorbike riding. He volunteers on various projects in the field of Heritage Interpretation and Creative Thinking and is a member of both Interpretation Australia and the National Speakers Association of Australia

Connect
You can find Pastorelli through the Ochre Learning site. 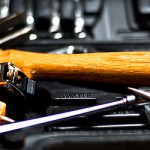 Time To Focus Learning On The Learner