John McCardell | Vice Chancellor and President, University of the South

Current Position and Past Experience
Since 2010, John McCardell has served as the Vice Chancellor and President at the University of the South, Sewanee, Tennessee. At Sewanee, he and the Board of Regents in 2011 slashed tuition and fees across the board by 10 percent, and the next year decided to guarantee that the price charged new students would be frozen for four years. Before this, McCardell spent four years as founder and President of Choose Responsibility, a nonprofit organization devoted to engaging the public in informed and dispassionate discussion of the effects of the 21 year-old drinking age. In 2008 he led the Amethyst Initiative, a statement signed by 135 college and university presidents and calling for a reconsideration of the drinking age and its consequences. During his time at Choose Responsibility, McCardell continued to serve in his role as a Professor of History at Middlebury College, where he had been since 1976, and where he served as President from 1991-2004.

Education, Honors and Achievements
McCardell earned his AB in History and English from Washington and Lee University in 1971, and his PhD in History from Harvard University in 1976. He received the Allan Nevins Prize from the Society of American Historians in 1977 for the best written dissertation in American History that year. The work was subsequently published as The Idea of a Southern Nation: Southern Nationalists and Southern Nationalism, 1830-1860 (Norton, 1979). He has received Fellowships from the National Endowment for the Humanities and the Institute for Southern Studies at the University of South Carolina. He co-edited and contributed to A Master’s Due: Essays in Honor of David Herbert Donald (LSU, 1986) and In the Cause of Liberty: How the Civil War Refined American Ideals (LSU, 2009). He holds honorary degrees from Middlebury College, St. Michael’s College, and Washington and Lee University.

Personal Details and Community Involvement
McCardell has written extensively on issues involving student life on college campuses. His essay, “Glowing Against the Gray, Sober Against the Fire” will appear in Remaking College: Innovation in the Liberal Arts (Johns Hopkins, November 2013). He is a member of Omicron Delta Kappa and Phi Beta Kappa. 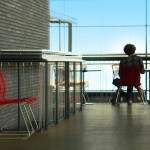 Increasing Affordability by Reducing Divide Between Merit and Need-Based Aid