Current Position and Past Experience
Dr. John M. Dunn has been the president of Western Michigan University since 2007. Prior to that, Dunn served as the provost and vice chancellor of Southern Illinois University Carbondale. This followed his time as dean of the College of Health at the University of Utah, where he spent seven years. Dunn moved into higher education administration during his tenure at Oregon State University, where he started in 1975 as an assistant professor of health and left in 1995 as the university’s associate provost.

Education, Honors and Achievements
Dunn earned his bachelor’s and master’s degrees from Northern Illinois University. He earned his Ed.D. from Brigham Young University.

Personal Details and Community Involvement
Internationally known for his research and writing about the long-term health of people with disabilities, Dunn is the author of more than 50 professional papers and book chapters and he has been invited to speak around the world. He is a past president of the Research Consortium of the American Alliance for Health, Physical Education, Recreation and Dance; past editor of Quest, a professional publication for kinesiology scholars; and past president of the National Academy of Kinesiology. He also, currently, is the chair of the Mid-America Athletic Conference Council of Presidents

Dunn is actively engaged with state and community efforts that focus on quality-of-life issues and enhancing economic development. He is a member of the boards of First National Bank, Southwest Michigan First and the WMU Foundation as well as the governing boards of United Way of the Battle Creek and Kalamazoo Region, the Gilmore Keyboard Festival and the W.E.Upjohn Institute for Employment Research. 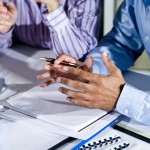