Current Position and Past Experience
Jeff Miller is an Associate Professor of Educational Psychology at California State University Dominguez Hills. He has written two books and has been a keynote speaker on a number of topics ranging from “Motivating the Academically Unmotivated” to parenting strategies, to engaging athletes.

A consultant, author, professor and father of two remarkable girls, Miller got his start as an educator in the Los Angeles Unified School District. He spent seven years teaching before becoming an Academic Director at Santa Monica College, where he stayed from 1999-2003.

Education, Honors and Achievements
Miller earned his BA in Communications from the University of Southern California in 1989. He was awarded an MA in Education from Pepperdine University in 1994. In 2001, he earned his PhD in Educational Psychology from USC. 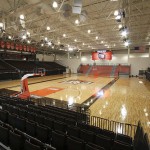