Current Position and Past Experience
Jamie Smith is the Director of Business Practice Improvement at Emory University. He has held this position since 2009. Smith is also the Interim Chief Business Officer at Emory’s Manuscripts, Archives and Rare Book Library and the Director of Bike Emory.

Smith has also served as the Senior Program Associate for the Clifton Community Partnership and as the Director of Regional Programs, all at Emory University.

Education, Honors and Achievements
Smith received his BA from the University of Virginia in 2000. In 2002, he completed his MS in Higher Education Administration at Indiana University.

Smith was awarded the Class Act Award in 2005. He received the Golden Shoe Award in 2007, and his Bike Emory program won the Bicycle Friendly University Award during his tenure as the program’s Director.

Personal Details and Community Involvement
Outside of work, Jamie enjoys playing music, riding his bicycle, working with wood, and gardening. Most of all, he enjoys exploring the world with his wife and two girls. 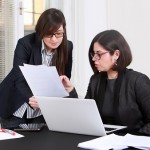 How Business Practice Improvement Draws Returns for All Units