Gloria Nemerowicz | Founder and President, Yes We Must Coalition

From 1993 to 1996, she was the founding Executive Director/CEO of the Women’s Leadership Institute at Wells College (NY). From 1976 to 1993, Dr. Nemerowicz was a tenured member of the faculty, Dean of the School of Humanities & Social Sciences, and Vice Provost /Dean of the School of Arts & Sciences at Monmouth University (NJ).

Education, Honors and Achievements
Nemerowicz earned her PhD in Sociology from Rutgers University.

Dr. Nemerowicz was the recipient of the Arnold Z. Rosoff Award for Outstanding Individual Achievement from the Boston Chamber of Commerce and the Ad Club. She was also inducted into the YWCA-Boston’s Academy of Women Achievers and was among the “Women of Excellence” recognized by Germaine Lawrence, Inc.

Personal Details and Community Involvement
Nemerowicz is a current member of the Board of Directors of NCAN (National College Access Network). 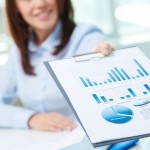 Context and the Federal Ratings System