Current Position and Past Experience
Gary Langsdale is currently the University Risk Officer at Pennsylvania State University. He has held this position since 2003. Langsdale also serves as President of the University’s captive insurance subsidiary, Nittany Insurance Company.

Previously, Langsdale was Director of Risk Management at International Paper Company, which was at the time a Fortune-60 corporation with manufacturing facilities in 55 countries.

Langsdale has nearly 40 years of experience in the insurance and risk management field, has been a guest lecturer on Enterprise Risk Management for several undergraduate and graduate courses at Penn State, and has authored or edited articles for trade publications such as Financial Executive, Risk Management, and Treasury Management magazines.

Education, Honors and Achievements
Langsdale received his BS in Aquatic Environments in 1975 from Allegheny College. He holds the Associate in Risk Management professional designation.

In 2009, he was recognized by Business Insurance magazine as a member of its “Risk Management Honor Roll”.

Personal Details and Community Involvement
Langsdale serves on the boards of directors for the Centre Communities Chapter of the American Red Cross and the Juniata Valley Council of the Boy Scouts of America, and he has just completed a term as President of URMIA; he is also an advisor to Penn State’s University Park Campus chapter of Alpha Phi Omega (a national service fraternity).

His hobbies are saying “no” to his children and “yes” to his grandchildren.

Connect
Gary Langsdale can be found on LinkedIn. 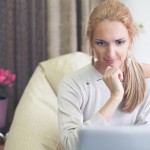