Before joining KU in 1992, Fred was Director of Operations at the Kansas Expocentre, an 80 acre, public assembly complex with a 10,000 seat arena. He also has extensive private sector business experience in construction management and real estate in both Kansas and Colorado.

Fred is also is a veteran of the United States Navy Seabees and earned the Navy Commendation Achievement Medal for meritorious service during two tours of duty in Vietnam.

Education, Honors and Achievements
Pawlicki is a graduate of the Washburn University School of Business.

Personal Details and Community Involvement
Fred has an extensive arts background, including both performing and visual arts and is an accomplished photographer and woodworker. 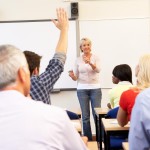 Recovering From the Loss of a Distance Education Unit