Current Position and Past Experience
Deepa Kumar is an Associate Professor of Media Studies at Rutgers University.

Kumar has authored numerous books and articles, including Outside the Box: Corporate Media, Globalization, and the UPS Strike and Islamophobia and the Politics of Empire.

Education, Honors and Achievements
Kumar has a Ph.d. in Communication, and a Ph.d. certificate in cultural studies from the University of Pittsburgh. She has received numerous awards through her career, from the Indian Nation Merit Fellowship to the Andrew Mellon fellowship.

She is a much sought after public speaker and has spoken at dozens of university and community forums on a range of topics: media and labor, Islamophobia, Political Islam, US foreign policy in the Middle East and South Asia, the Arab Spring, women and Islam etc. She has shared her expertise in numerous media outlets including BBC, NPR, USA Today, Philadelphia Inquirer, St. Louis Post Dispatch, Hurriyat Daily News (Turkey), Iran Fars News (Iran), Al Arabiya (UAE), and other national and international news media outlets.

Personal Details and Community Involvement
Deepa Kumar was born in India, and moved to the US in 1992. She has been involved in numerous movements for social justice. While in Pittsburgh she organized solidarity campaigns for striking steel workers, nursing home workers, and janitorial workers. Her first book comes out of her involvement with the labor movement.

After the events of 9/11, she began to research the ways in which Islamophobia was used to win consent for the War on Terror. This research came out of her involvement in the anti-war movement, first in North Carolina and then New York City.

She is an elected leader of her union, Rutgers AAUP-AFT and is currently involved in the faculty contract campaign to secure a good contract in 2014. 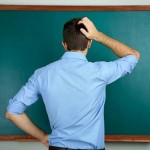 The Fight for Quality Education: Understanding Faculty Opposition to Partnering