Current Position and Past Experience
Colin Meech retired in December 2011 from his position as a Higher Education Manager at the Fire Service College, where he spent nearly nine years. Prior to that, Meech spent 11 years as a Fire Safety Lecturer for the College, which followed his nine years of service as a Fire Safety Office for the Grampian Fire Brigade. 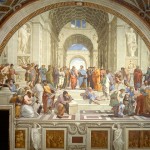 Reflecting On Teaching And Learning