Regehr has over 20 years of practice background. She was the director of the Crisis Response Team at Pearson International Airport, served on the mental health advisory for the Department of National Defence and Veteran’s Affairs Canada, and currently is a member of the Board of Trustees for the University Health Network.

Education, Honors and Achievements
Regehr earned her BA in Psychology from Wilfred Laurier University in 1978. In 1980, she earned her Master of Social Work from the University of Toronto. She earned her Doctor of Philosophy from the same institution in 1995.

Regehr won the Amicus Award from the American Academy of Psychiatry and the Law in 2004. In 2011 she earned the Beverley Antle Award for Leadership from the Ontario Association of Social Workers. 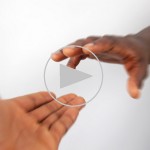 Partnering with Coursera, Reaching Out to the World