Current Position and Past Experience
Carol Schneider has served as the president of the Association of American Colleges and Universities (AAC&U) since 1998. Schneider is one of the leaders of the Liberal Education and America’s Promise (LEAP) initiative, a campus action and public advocacy campaign design to engage students and the public with what really matters in college.

Education, Honors and Achievements
Dr. Schneider is a magna cum laude graduate and past member of the Board of Trustees of Mount Holyoke College where she received the bachelor's degree in history and was elected to Phi Beta Kappa. She studied at the University of London's Institute for Historical Research and earned the Ph.D. in early modern history from Harvard University, where she held a Woodrow Wilson Fellowship, a Harvard Prize Fellowship, and a Kent Fellowship from the Danforth Foundation. She also has received eleven honorary degrees, was the 2011 recipient of the ACPA's Contribution to Higher Education Award and the 2013 recipient of the NAC&U Ernest L. Boyer Award, and was honored in 2013 as one of Diverse Magazine’s “25 Leading Women in Higher Education.” 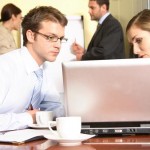 Where Completion Goes Awry: The Metrics for Success Mark Mounting Problems with Quality