Current Position and Past Experience
C Gita Bosch has been an educational consultant with G Bosch and Associates for nearly a decade. She has also been a consultant with Criticality Management Consulting since 2010.

From 2003 to the early 2011, Bosch was the Associate Dean at Memorial Sloan-Kettering Cancer Center. Before this, she was an Associate Dean at the Mount Sinai School of Medicine for 13 years, and five years as a Research Assistant. Bosch was also a Research Coordinator and Acting Laboratory Supervisor with the New York City Department of Health.

Education, Honors and Achievements
Bosch earned her MBA in Human Resources Management and Marketing from Pace University’s Lubin School of Business in 1997. She earned her PhD in Healthcare Administration from Kennedy-Western University in 2005.

Personal Details and Community Involvement
Bosch has served in an advisory capacity to institutions such as the American Museum of Natural History, Richard Gilder Graduate School, St. Jude's Children's Hospital and Humboldt University Berlin. She was also the co-PI for Training (Graduate and Undergraduate) on the U54 National Cancer Institute Partnership grant between City College of New York and Memorial Sloan-Kettering Cancer Center.

She is involved with organizations that work with underrepresented minority undergraduate and graduate students such as the Society for the Advancement of Chicanos and Native Americans in Science, the Minority Health Professions Foundation, and the Annual Biomedical Research Conference for Minority Students. She also serves on institutional external committees for the Minority Access to Research Careers Programs at City College of New York and the University of Arizona Tucson, and the Research Initiative for Scientific Enhancement at Hunter College.

She served on a Diversity Task Force at Memorial Sloan-Kettering Cancer Center and the Recruitment Committee of the Diversity Task Force, as well as the American Association of Medical Colleges (AAMC) Advisory Group to address diversity and health disparities in the nation. 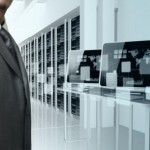