Current Position and Past Experience
Since 2004, Bryan Alexander has been with the National Institute for Technology in Liberal Education. For his first six years, Alexander served as the institution’s Director of Research and, in 2010, Alexander was named a Senior Fellow. He served as the Co-Director at the Center for Educational Technology at Middlebury College from 2002-2005

From 2000-2007, Alexander served as an Associate at Rheingold Associates. During this time, he concurrently served as the Co-Director at the Center for Educational Technology from 2002-2005.

Education, Honors and Achievements
Alexander earned his PhD in English from the University of Michigan in 1997.

Personal Details and Community Involvement
Alexander lives on a Vermont homestead with his family, where they raise animals and crops, combining broadband with a low-tech lifestyle.

Connect
You can find Bryan Alexander on the web via Twitter @BryanAlexander, through Google+ or on his personal website. 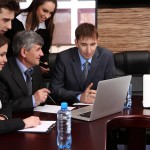 The Future Possibilities for Technology in Higher Education