Current Position and Past Experience
Brent Darnell is an international best-selling author and leading authority on Emotional Intelligence. He is President and owner of Brent Darnell International and wrote best-selling book The People-Profit Connection: How Emotional Intelligence Can Maximize People Skills and Maximize Your Profits , which has sold over 30,000 copies worldwide.

Darnell has spoken for numerous influential groups including the National Association of Women Business Owners in Atlanta, Design-Build Institute of America, and the Georgia Tech Alumni Association. He is also an experienced educator. He taught masters classes in Emotional Intelligence at Penn State, Virginia Tech, and Auburn.

Darnell has presented to numerous large corporations, including Nobia— a multi-national kitchen manufacturer and supplier based in Stockholm, Sweden. He has also conducted presentations for major construction companies such as Hardin, Skanska, Clark and McCarthy. Darnell is an experienced speaker who has led hundreds of training sessions reaching thousands of participants at over 70 companies in more than 15 countries.

Education, Honors and Achievements
Darnell attended Georgia Tech for Mechanical Engineering and has extensive experience in the construction industry. He is also part of a wide variety of memberships and associations including: Society for Marketing Professional Services (SMPS), Associated General Contractors, Society of Emotional Intelligence and American Society for Training and Development (ASTD).

Darnell was named one of 2011’s “Top 25 Newsmakers” by Engineering News-Record. His work was called “relevant to performance on every job and any industry,” by Emotional Intelligence pioneer Kate Cannon. He regularly donates his time and skill by speaking to numerous Rotary and Kiwanis clubs throughout the Southeastern United States.

Personal Details and Community Involvement
In addition to the People-Profit Connection, Brent Darnell is also the author of numerous other books focused on developing interpersonal skills for “Tough Guys” which can be found online at all major booksellers.

He also very community oriented and enjoys finding ways to use his skills to help others. He donates resources and education to the SafeHouse Outreach Program, an Atlanta-based shelter, to provide homeless men and women with valuable Emotional Intelligence skills.

Brent currently lives in Atlanta with his wife Andrea and their dog Ginger. He practices yoga and is an avid reader. He is fluent in English and conversational in both Swedish and Spanish.

Connect
You can reach Brent Darnell via his personal website. You can also find him on Twitter @brentdarnell, on Facebook, LinkedIn, or on his personal blog. 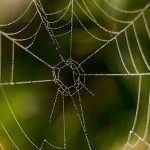 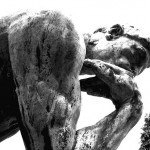 The Future Of Learning And Coaching 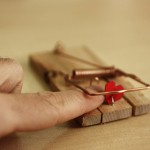 Spending Effectively On Training And Development