Education, Honors and Achievements
Kennedy completed two bachelor’s degrees at the University of Wyoming in 2000, and received her MA there in 2005. She is currently pursuing a Ph.D. in Higher Education Administration with an emphasis in online learning and distance education, at the University of Wyoming, with an expected graduation date of May, 2015.

Personal Details and Community Involvement
Kennedy enjoys acrylic painting, interior decorating, and teaching fitness classes such as step aerobics, strength, yoga, and cycling. She enjoys weight-lifting and running as well, and completed her first marathon on August 19, 2012 and her second marathon on October 20, 2013. She is a dedicated and passionate vegan as well. 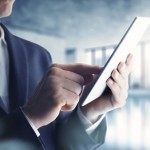 Education On Air: Google Hangouts and the Collaborative Postsecondary Environment