Current Position and Past Experience
Since 2011, Andreé Robinson-Neal has been the Executive Director of Graduate Student Support Services at Azusa Pacific University. She spent the four years prior to this working as the Director of APU’s Inland Empire Regional Center.

Prior to taking her position at Azusa Pacific University, Robinson-Neal was the Director of Community Outreach Services, and then Manager of Institutional Research, at Salem Community College in New Jersey, spanning nearly seven years with the college.

Education, Honors and Achievements
Robinson-Neal earned her BA in Psychology from Rutgers State University of New Jersey—New Brunswick in 1991. In 1993 she earned her EdM in Counseling from Temple University. In 2009 she earned her EdD in Educational Leadership and Change from 2009, and in 2010 she earned a Certificate from the same institution in Teaching in the Virtual Classroom.

Personal Details and Community Involvement
Robinson-Neal has lived in Southern California since 2007. She has served as a representative of her university on various committees in the city of San Bernardino. She recently completed three years as a board member at her church, North Hills Assembly of God. She is married to Christopher and they have two children.

Connect
Robinson-Neal can be found on Twitter @arobinsonneal. You can also find some of her published writing and CV at SelectedWorks. 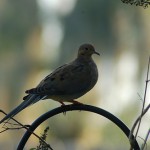 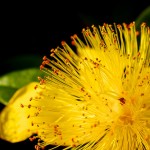