Current Position and Past Experience
Dr. Alexandra Logue currently works as a Research Professor in the Center for Advanced Study in Education (CASE) in the Graduate Center of The City University of New York (CUNY). From 2008-2014, Logue served as the Executive Vice Chancellor and University Provost of CUNY, the CUNY System’s Chief Academic Officer.

Prior to her term as CUNY’s Chief Academic Officer, Logue was Provost and Vice President for Academic Affairs at the New York Institute of Technology. This followed her service as Dean of the Weissman School of Arts and Sciences at Baruch College for six years. At the beginning of her career, she was a faculty member at the State University of New York at Stony Brook, including service as Associate Dean of Social and Behavioral Sciences and Chair of the Department of Psychology.

Logue is the author of two books, The Psychology of Eating and Drinking (which has had four editions) and Self Control: Waiting Until Tomorrow for What You Want Today. She has also authored over 130 academic articles and chapters and has served on the editorial boards of many prestigious journals.

Education, Honors and Achievements
Logue earned her AB in Psychology and her PhD in Experimental Psychology from Harvard University

She was a recipient of the American Psychological Association’s Hake Award for excellence in bridging basic and applied research. Her work has been supported by many grants including current ones from the Institute of Education Sciences (United States Department of Education), the Spencer Foundation, and the Teagle Foundation.

Personal Details and Community Involvement
When not conducting research and writing, Logue can be found in the gym, on her bike, or hiking less-travelled trails.

Connect
You can find Logue on Twitter @LexaLogue. You can also find her on the web through her personal website. 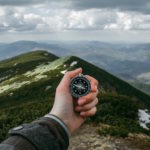 How to Circumnavigate Common Roadblocks in Changing the Status Quo: Some Guidance from Experimental Psychology 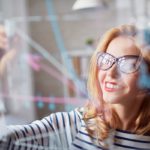 The Growing Discussion in Higher Education of Transfer and Curricular Control 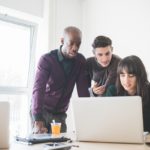 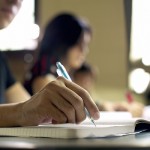