Additionally, in 2012 Stark served as an ORISE Fellow with the Advanced Researched Project Agency-Energy (ARPA-E) in Washington, DC.

Education, Honors and Achievements
Stark is currently a PhD candidate at the Massachusetts Institute of Technology. He earned his SM from MIT in 2010 and BS from the University of Iowa in 2007.

Personal Details and Community Involvement
In addition to his academic activities Addison is also actively involved with WMBR, the student radio station of MIT. 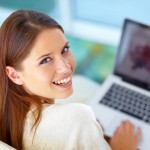