Adult Learners at the Center of Attention

EvoLLLution NewsWire
Typically, higher education institutions put more emphasis on serving traditional 18-22 year old students looking to complete a standard two- or four-year degree. However, as the number of “traditional” students enrolling is slowing down, the number of non-traditional students is on the rise – a shift institutional leaders across the United States are recognizing. In Oklahoma, officials say they are taking steps to make sure non-traditional students are being placed in higher education’s spotlight.

The increased focus on reaching out to adult students is backed by an initiative known as Complete College America. The initiative calls for the number of degrees awarded at higher education institutions nationally to be increased. In Oklahoma specifically, Governor Mary Fallin said last week that institutions will need to award 20,400 degrees and certificates over the next 12 years in order to meet the needs of the future workforce, according to NewsOK.

While community colleges have historically catered to the adult student segment, the number of adults returning to all levels of higher education is leading institutions to rethink their approach to attracting, recruiting and retaining non-traditional students.

Higher education institutions are becoming more familiar with the different needs adult students have when it comes to their education, including the importance of running different programs that can easily compliment their working lifestyle. A recent report released by Georgetown University’s Center on Education and the Workforce argued that academic programs allowing students to study and work at the same time are becoming increasingly important for continuing education. In particular, the report recognized the need for better integration of career and technical education into higher education curricula.

It is likely that there will be similar statements to the one from Oklahoma being made over the next year as colleges and universities nationwide begin to see more adult learners enrolling to upgrade their skills or change their careers during tough economic times. 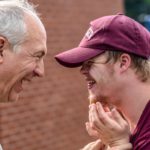 Tom Meuser | Director of the Center of Excellence in Aging and Health, University of New England 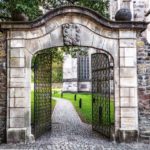 Reshaping the College to Avoid Failing the Modern Learner 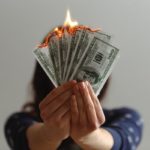 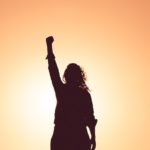 An examination of how our society is rapidly shifting from industrial workplaces to creative, problem solving, collaborative entities, where innovative technology-based tools are used, reinforces the needs of adults in the workforce to enroll in institutions of higher learning to survive as members of today’s workforce (online or face-to-face).
Higher education will have to respond to these demands, especially if these newer models of economic enterprise continue to dominate and attract investment.
Newer models of higher educational offerings are needed to encourage creativity, collaboration and risk taking.